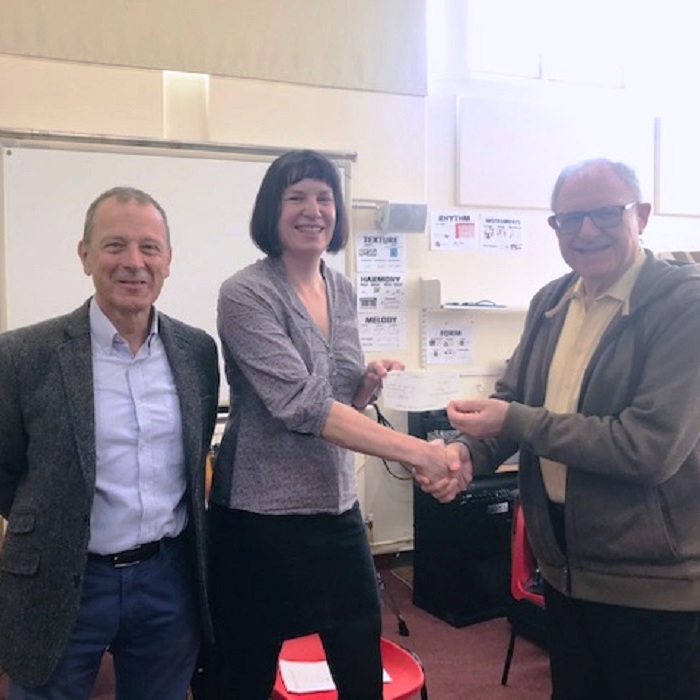 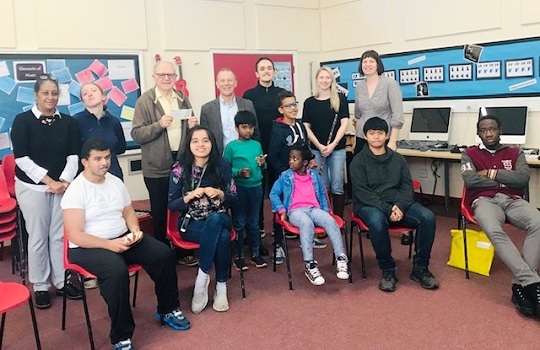 Rehearsals at Otakar Kraus Music Trust, with E Comps Mark Jorgensen and Jack Maunders of Round Table Chapter, No. 8301

Having achieved Vice Patron status of The 2020 Festival, the Companions of the Round Table Chapter of Middlesex, No. 8301 voted to donate the £200 cheque received to the Otakar Kraus Music Trust, which they had previously supported.

The MEZ, E Comp Mark Jorgensen, together with J, E Comp Jack Maunders visited the Newlands House School in Teddington to present the cheque to Clare Lawrence, the Director and General Manager of the Trust.

They were rehearsing for the Christmas Choir in the music room of Newlands House School in Teddington.

Mark and Jack stayed for the whole session, joining in with the rehearsal of “Walking in the Air” (with movements!) and “Silent Night”.

Claire thanked them for the cheque, which was gratefully received, especially in the light of their current need for new premises in the Teddington/Twickenham area.

The Otakar Kraus Music Trust (OKMT) is a registered charity, based in Twickenham, which provides music therapy and music projects for children, young people and adults with physical, learning, neurological or psychological difficulties, in the Boroughs of Richmond, Hounslow and surrounding areas.

Round Table Lodge in Bristol Fashion