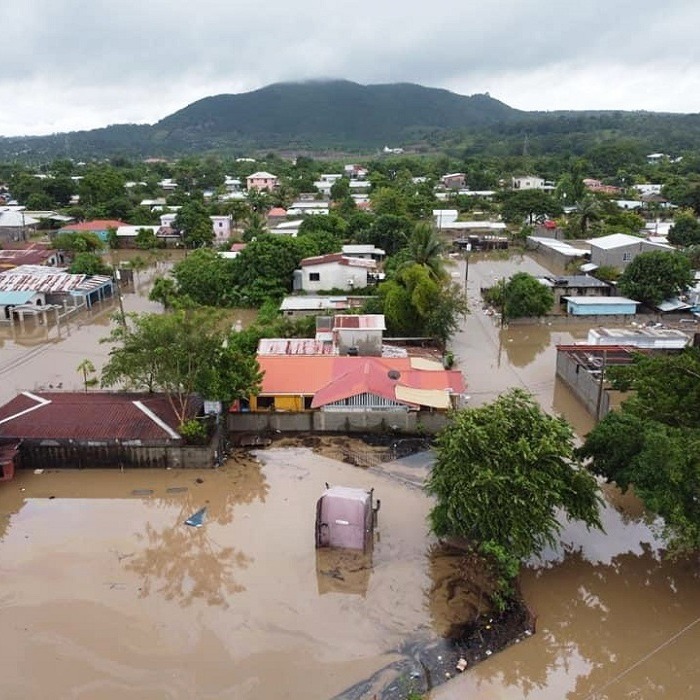 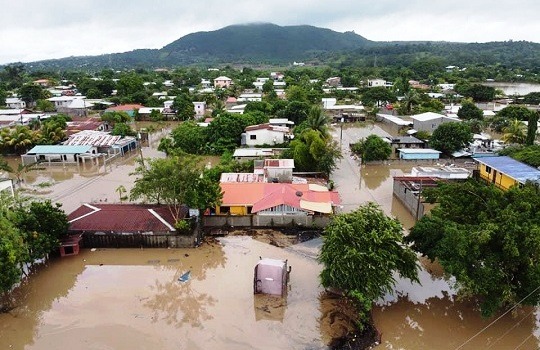 Flooded community in the aftermath of Hurricane Iota

Whilst the Covid 19 crisis takes its toll of the UK economy and people cry “foul” at the latest restrictive measures imposed on our movement and gatherings, it is easy to overlook that elsewhere in the world there is devastation caused by the forces of nature for which there is no vaccine.

Hundreds of families in Nicaragua and Honduras who have had their lives devastated by two major hurricanes, will be receiving emergency supplies, thanks to a grant of £30,000 from the MCF to Plan International UK. Members of the Province will know that they contribute indirectly through the MCF.

The first Hurricane, Eta, made landfall on Nicaragua’s coast as a Category Four hurricane in early November, bringing catastrophic rains and winds at 140 mph, blowing off roofs and knocking down trees. The next was Hurricane Iota, the strongest Atlantic hurricane of the year, which caused widespread devastation in Nicaragua, Honduras, Guatemala and El Salvador just two weeks later. Both hurricanes left 4.2 million people in Nicaragua, Honduras and Guatemala in urgent need of humanitarian assistance. The second storm hit almost exactly the same stretch of coast that had already been devastated by Hurricane Eta, the first one.

In Honduras alone, over half a million families have been affected and thousands have seen their homes damaged or destroyed by the winds, rain and subsequent floods. Schools and health centres have seen the brunt of the storms and roads and power lines have been destroyed, which creates even greater challenges for response teams and communities.

How We Help As Masons –

A £30,000 grant from the Freemasons will provide 553 families in Nicaragua with water and sanitation kits containing water, soap, sanitiser, toothbrushes, toothpaste and insect repellent, and 331 families in Honduras with shelter kits, containing mats, blankets, torches and mosquito nets.

Rose Caldwell, Chief Executive of Plan International UK, said:
“We’re very grateful for this generous grant which will allow Plan International to reach families and young children in those parts of the region hardest hit by the hurricanes. It’s critical that we act now to provide this support to those most at risk”

There can be no doubt that despite the dilemmas we face on the home front that it is essential we are able to succour those who have no other choices, no furlough payments whose only hope is that somebody will see their plight and come to the rescue. This is where we step in as freemasons.