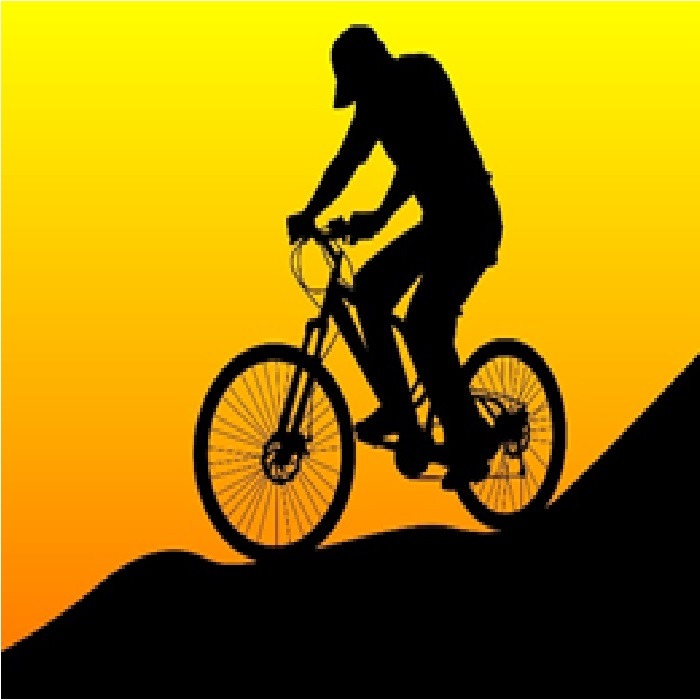 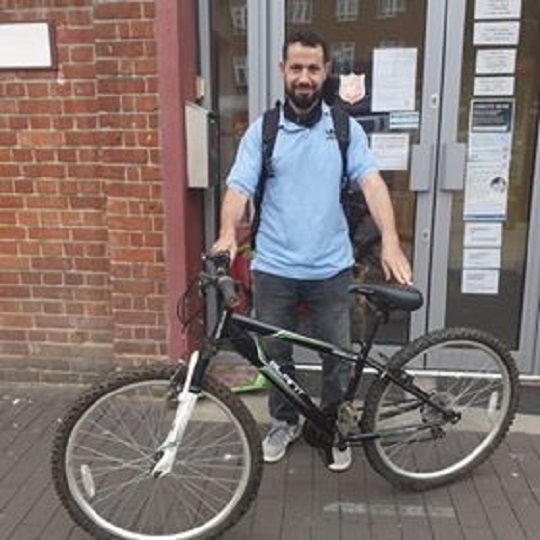 Following on from the recent story about the supply of bicycles to the Salvation Army at Hayes (https://pglm.org.uk/l7320-bike-appeal/), W. Bro Allan Pulford reports that he delivered the first bike to Hayes on 15th July, with another 6 to be delivered in the coming week.

Lieutenant Sylvia Overton of the Salvation Army based in Coldharbour Lane, Hayes stated that the lucky recipient was Abdul Latif, who had fled from the civil war in Syria.

He is learning English to pursue his dream of one day teaching maths in the UK.

Abdul Latif is delighted to receive the bike and said,

“Thank you for the bike. I can now go to the shops, the library and my English classes and keep fit. I can have some extra money to spend on food. Thank you so much for the bike.”

Lieutenant Sylvia explains that asylum seekers live in NASS Home Office accommodation free of charge, but need to share with at least 4-8 other asylum seekers from different countries.

It is often crowded and sub-standard. They receive £37.75 per week to live on.

This is a wonderful initiative and another example of the terrific support given to the community at large by Middlesex Freemasons.

With thanks to W. Bro David Pearson PProvGSec for the write up.

– Lockdown or Lock Out

– Caring for the Carers at PMK Court

On Yer Bike, or Give It Away !

An Update from Prince Michael of Kent Court

An Update from Prince Michael of Kent Court